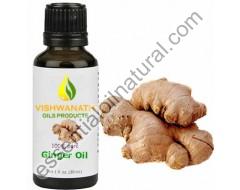 Ginger (Zingiber Officinale) is a warming spice and comes from the same family as cardamom and turmeric. It has been used in Asian food for centuries. It also became a popular spice in the Caribbean where it could be easily grown.

The history of ginger goes back over 5000 years when the Indians and ancient Chinese considered it a tonic root for all ailments. When ginger Originated in southeast Asia, it has a long history of being cultivated in other countries. At an early date it was exported to ancient Romans from India. It was used extensively by the Romans, but almost disappeared from the pantry when the Roman Empire fell. After the end of Roman Empire, the Arabs took control of the Spice trade from east. Ginger became quite costly like many other spices. In medieval times it was commonly imported in a preserved form and used to make sweets.